Bitcoin is a digital currency (or cryptocurrency) based on blockchain technology:

Bitcoin is the first decentralized digital currency (or cryptocurrency) created in 2009. It follows the ideas set out in a paper by Satoshi Nakamoto. Bitcoin’s purpose is to establish trust and allow transactions across a global ledger, specifically with no need for a third party, offering the promise of lower transaction fees than traditional online payment mechanisms and is operated by a decentralized authority. There are no physical bitcoins, only balances kept on a public ledger in the cloud: 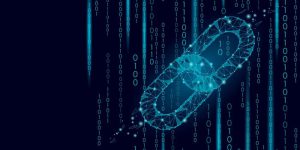